A pinnaplasty is a surgical operation to correct prominent ears. Prominent ears are ears that protrude away from the head. Children and adults who have prominent ears may feel self conscious and embarrassed about their appearance. In children particularly, prominent ears can be a source of teasing and bullying, and may cause psychological distress. A pinnaplasty can help reshape the ears and bring them closer to the head, making them less prominent. Surgery for prominent ears can be done  from childhood. It is however important that the child is motivated to have the corrective surgery. If there is any uncertainty, the child should be allowed time to decide on their own.

In a prominent ear, different parts of the ear may exhibit abnormalities. The two commonest areas are the concha of the ear (the bowl in the centre of the ear) and the helix and antihelix of the ear (the outer and inner rims of the ear). Surgery involves reshaping, and modifying the cartilage of the ear to achieve the desired shape. A small amount of skin is usually also removed from behind the ear. The exact surgical technique will be discussed with you during the consultation dependent on the findings following examination of your ear.

Self
Conscious
About
Your
Ears? 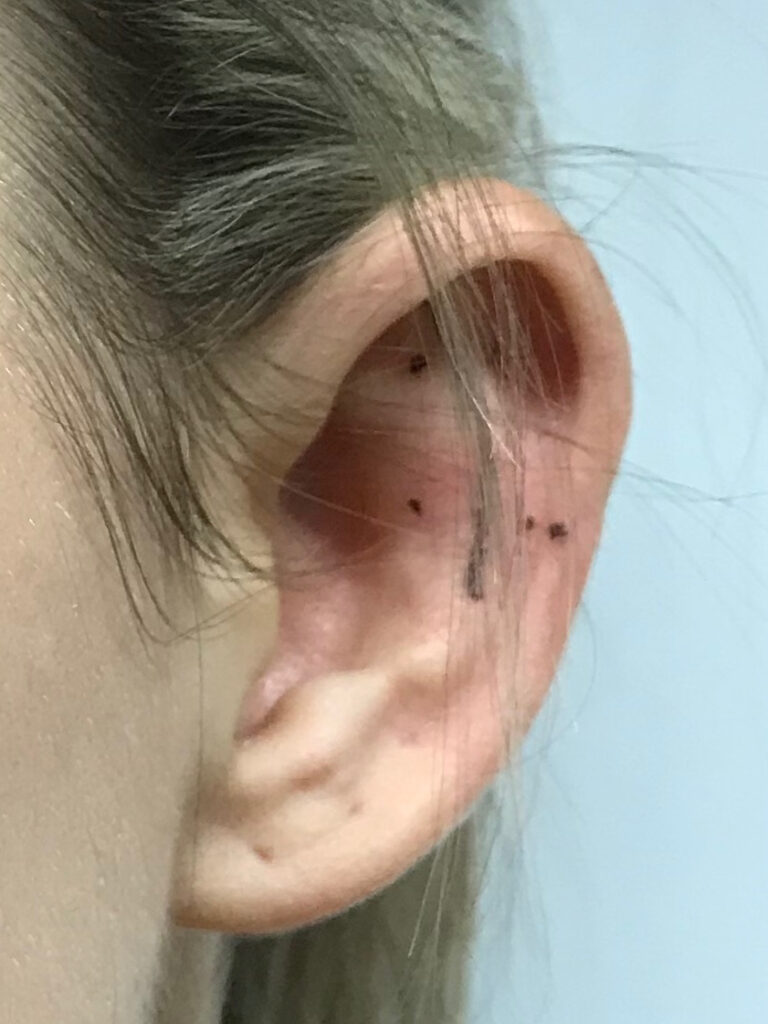 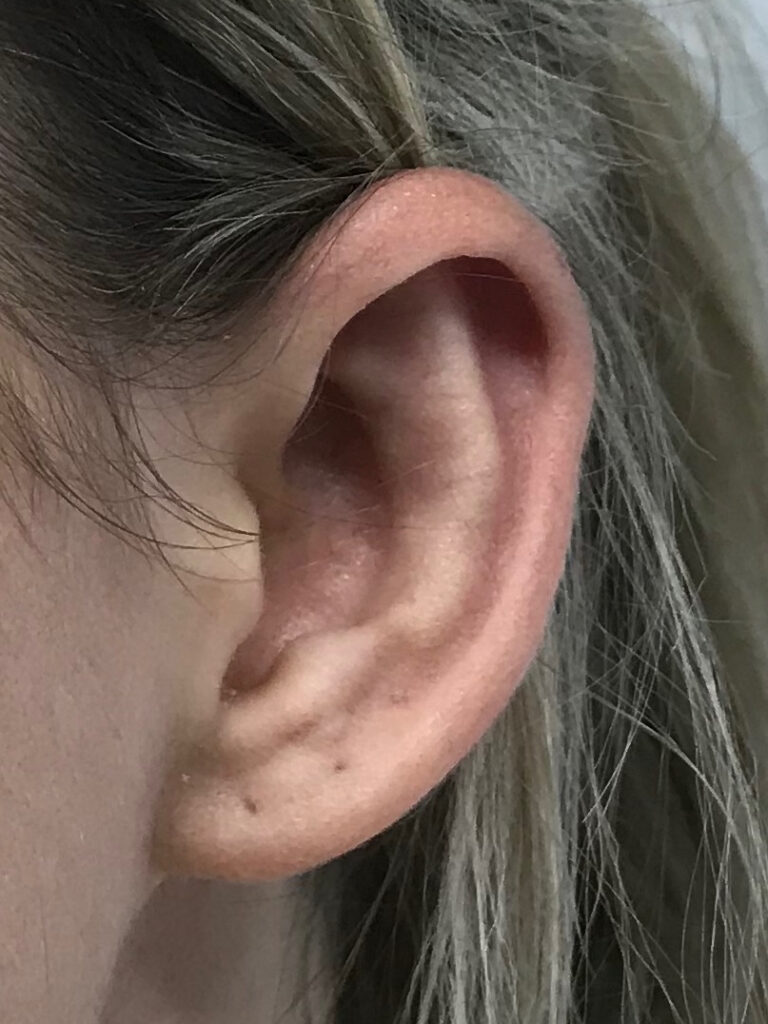 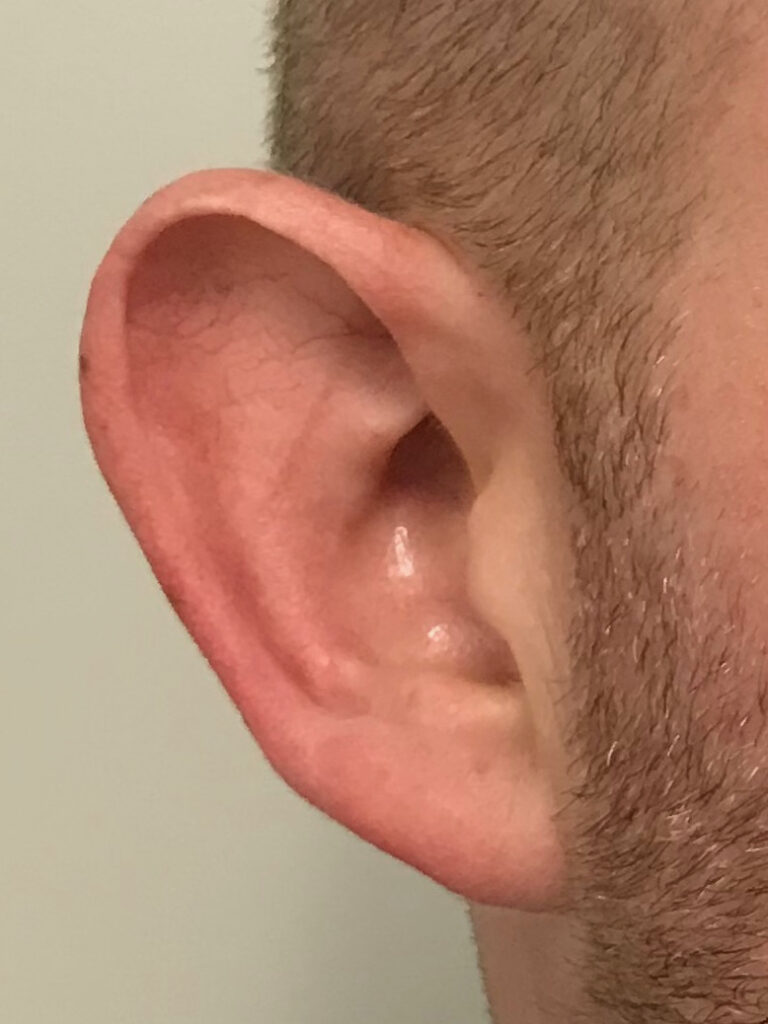 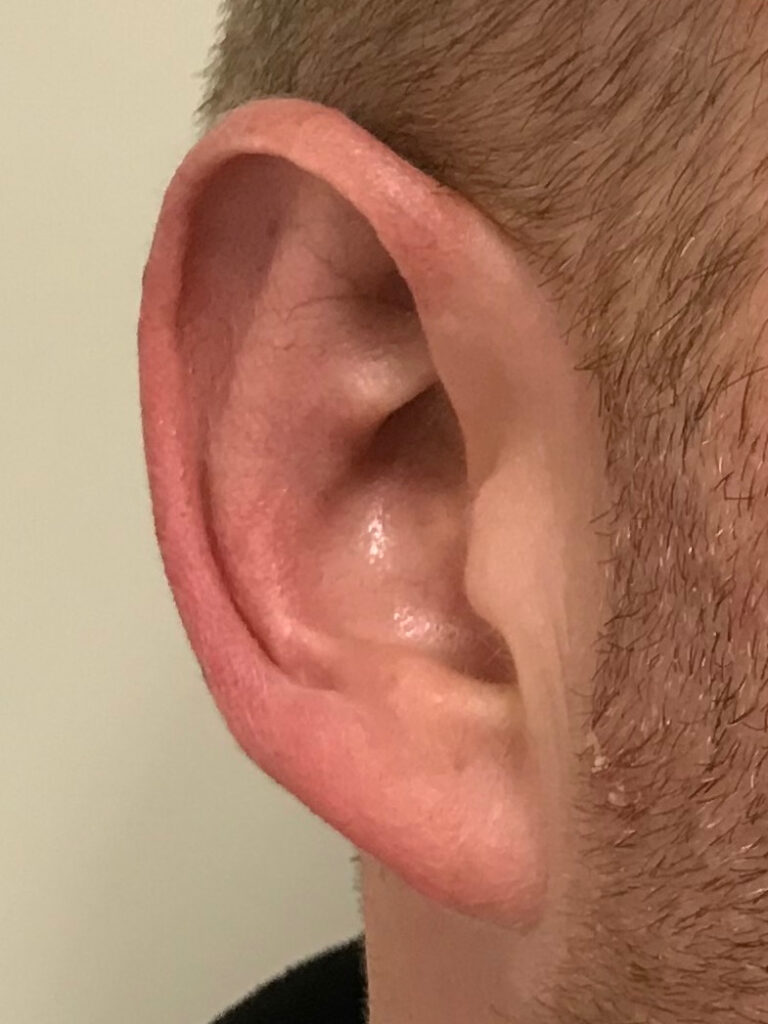 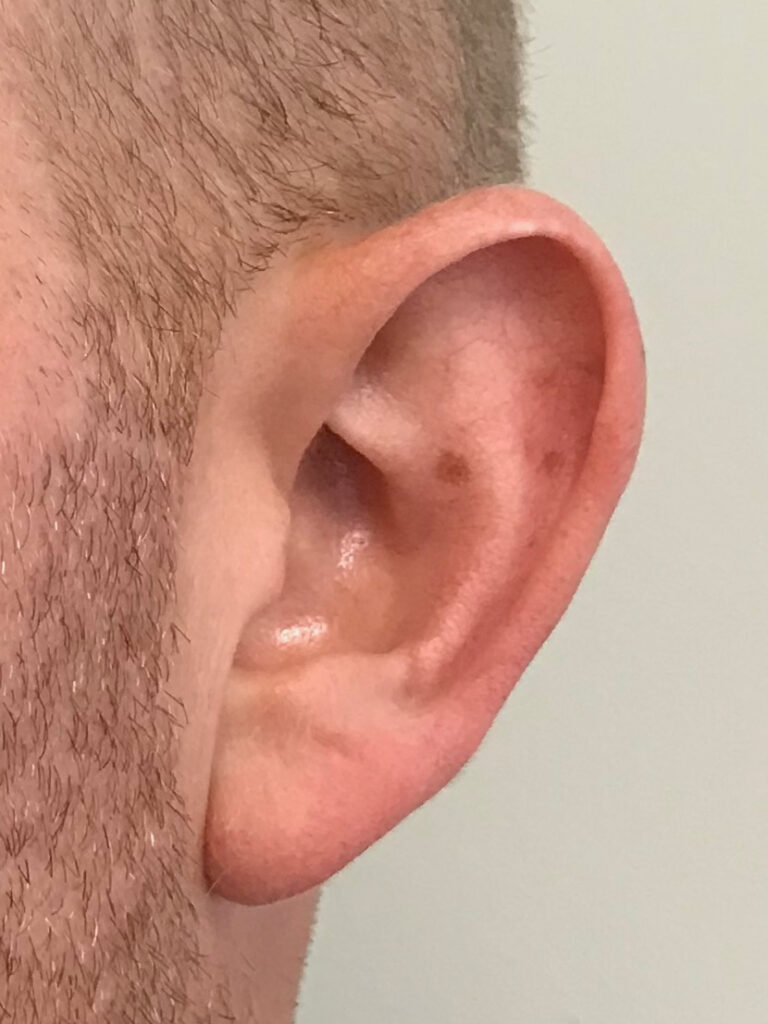 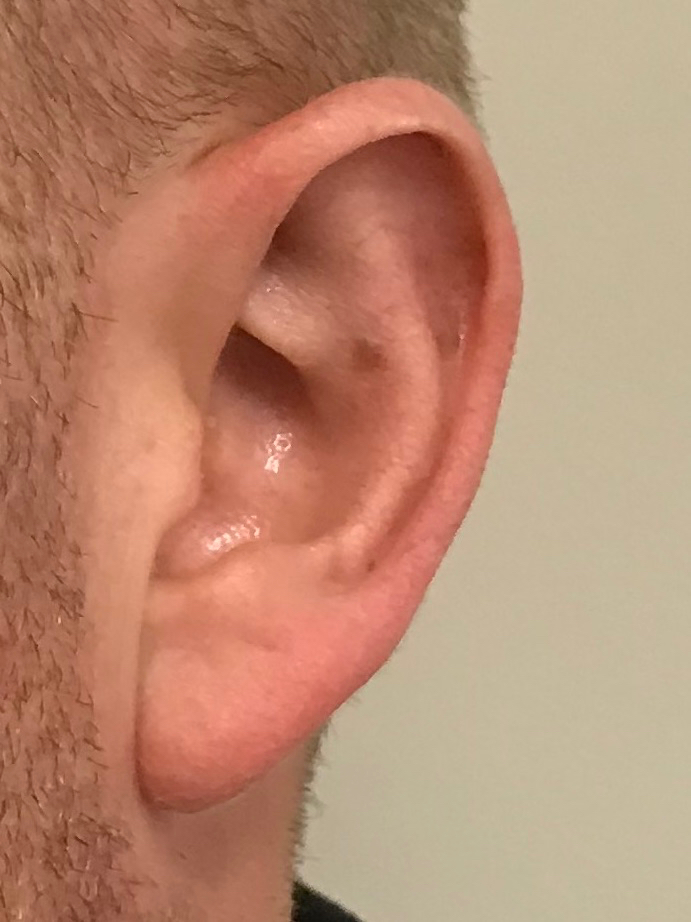 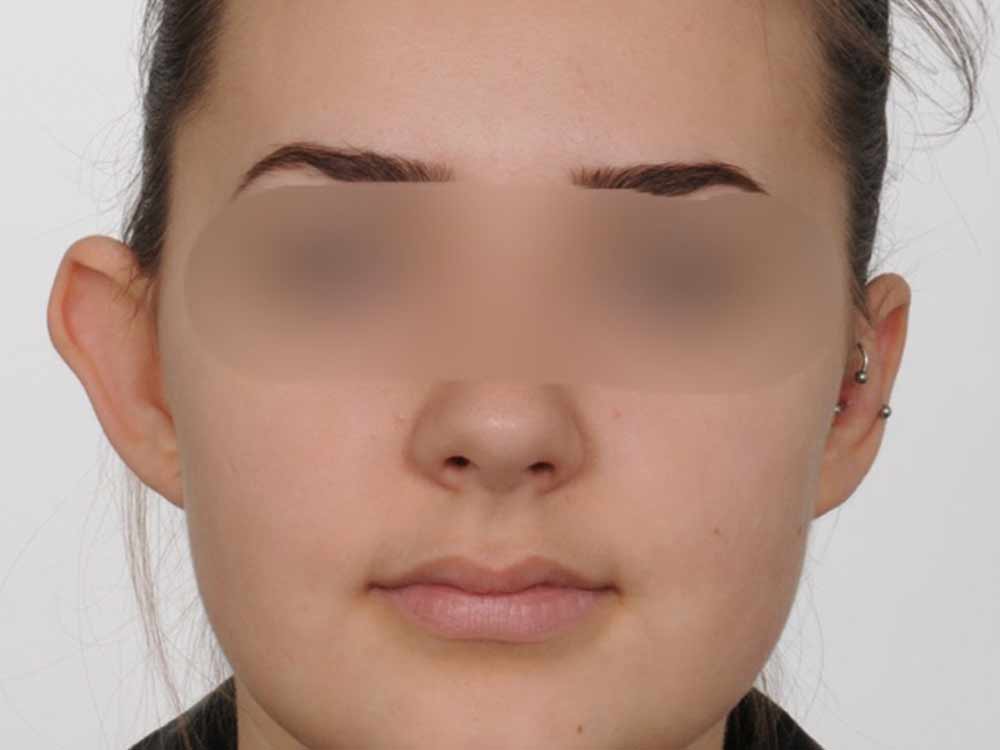 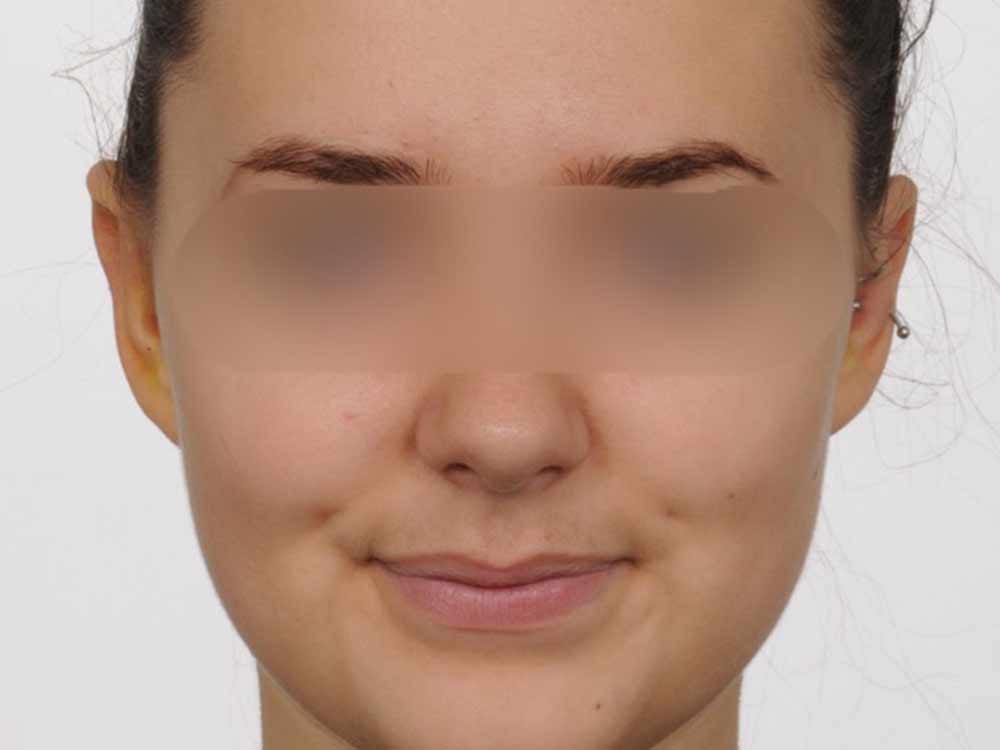 During the operation, any excess skin behind the ear is removed. The cartilage is then exposed and sutures are carefully applied and tied to achieve the appropriate shape of the ear. If the cartilage is stiff, such as those found in an adult, it may also need to be scored to reduce its strength. If the conchal bowl is deep, then part of it may be removed to reduce its depth and size. The wounds are then stitched closed and a special super glue is applied which acts as a dressing.

In my practice, no head bandage is used however I do advise that a sweatband or similar be worn day and night for 2 weeks, then only at night for a further 2 weeks. This regime will help protect the ears and prevent them from being pulled forward inadvertently.

Most patients take 2 weeks to fully recover from the surgery and for any swelling and bruising to settle down. Strenuous exercise should be avoided for at least 6 weeks and contact sports for at least 8 weeks.

Your wounds will be checked at 7-10 days. The sutures that are used are dissolving in nature so they do not need to be removed. You will have a further follow up at 6 weeks and 6 months to assess the final result

Pinnaplasty is a routine operation and the majority of patients achieve a good result and are satisfied with the improvement surgery gives them. It is however important that you understand the potential risks and complications that can occur.

Scarring : The scar that results from an otoplasty lies behind the ear so is hidden. This scar is usually red and raised initially but settles very well although in some rare cases, the scar may remain lumpy

Infection : Infection is uncommon. If it does occur, you will require a course of antibiotics

Altered sensation : There is usually some numbness following surgery however this commonly recovers after a few weeks

Bleeding : Although every effort is taken during surgery to control any bleeding, occasionally a blood clot may collect beneath the skin flaps. If this occurs, you will require to return to theatre to have it evacuated

Asymmetry : It is important to note that the majority of people will have slight differences between the two ears already and any differences in the architecture of the ear is likely to remain. The same operation is performed to both ears in a bilateral operation and every effort is taken to ensure that symmetry is achieved however there may be slight discrepancies between the two sides

Suture extrusion : Sutures are used beneath the skin to secure the cartilage in the corrected position. Occasionally these sutures may come to the skin and become exposed. If this happens then they may need to be removed. If enough time has elapsed from the time of surgery, removing this stitch is unlikely to affect your surgical outcome

Recurrence : Sutures with or without scoring of the cartilage is used to control the shape of the ear. In some cases, the sutures that are used may snap or the cartilage may fold back to its original shape due to its memory. If this occurs, you may require revision surgery to pin the ear back again

Further information can be downloaded here in this Prominent Ears guide