An tummy tuck or an abdominoplasty is a plastic surgical procedure to remove excess skin, revise scars, remove stretch marks and/or to tighten the muscles around the abdominal area. It is often combined with liposuction to further define the abdominal area. The surgery results in a scar that is hidden beneath the panty line. Although there will be some degree of weight removed from the tissue removal, an abdominoplasty is mainly a method to reshape the abdominal area and should not be seen as an operation to remove excess fat in those who are overweight, nor is it an operation to help with weight loss.

What techniques are available ?

Generally there are 2 techniques : a full tummy tuck or a mini tummy tuck. Both operations can be performed either under a general anaesthetic or local anaesthetic and sedation.  Liposuction is often used in combination with a tummy tuck to further enhance the desired cosmetic outcome.

A full tummy tuck / abdominoplasty is indicated when there is a significant amount of excess skin and/or separation of the abdominal muscles. With this technique, the scar runs from hip to hip within the pantyline with a further scar around the umbillicus which is re-sited. All the skin and fat below the umbilicus is usually removed. The full length of the abdominal muscle can also be tightened if required with this technique.

A mini tummy tuck / abdominoplasty is appropriate for patients who have a smaller amount of excess skin to remove. With this technique the excess skin and fat is excised from the lower tummy area but the umbilicus is not re-sited. As a result, the umbilicus may point downwards and adopt a slightly different shape. If the abdominal muscles are lax, they can also be tightened during the procedure. The scarring from a mini abdominoplasty is not as extensive as in a full abdominoplasty and usually runs horizontally just above the pubic hair. 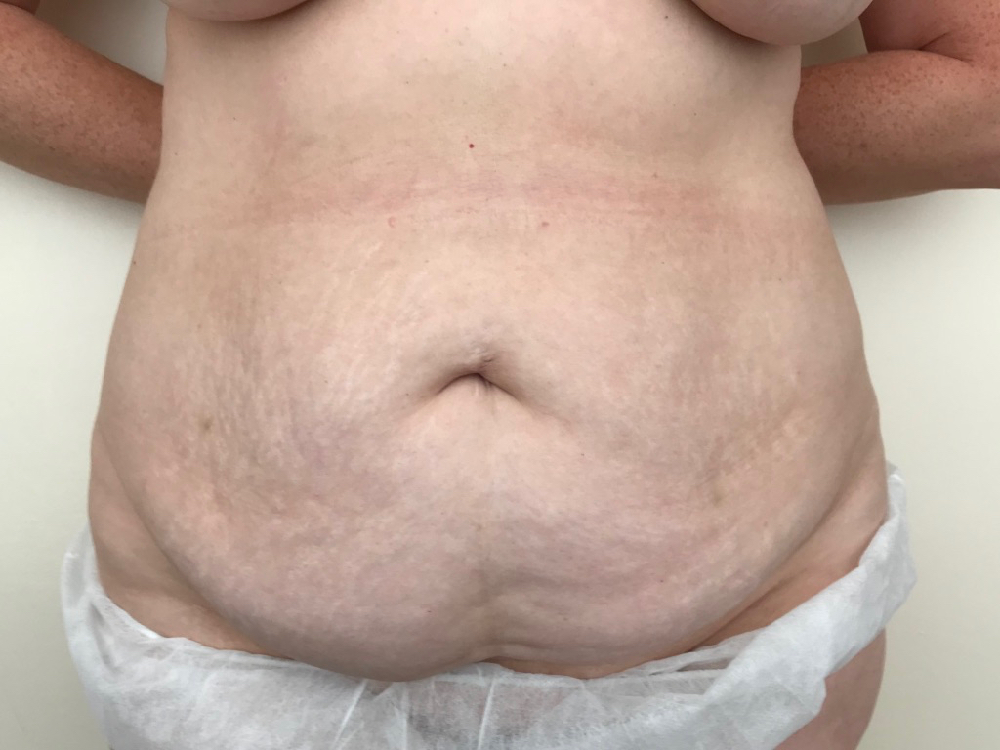 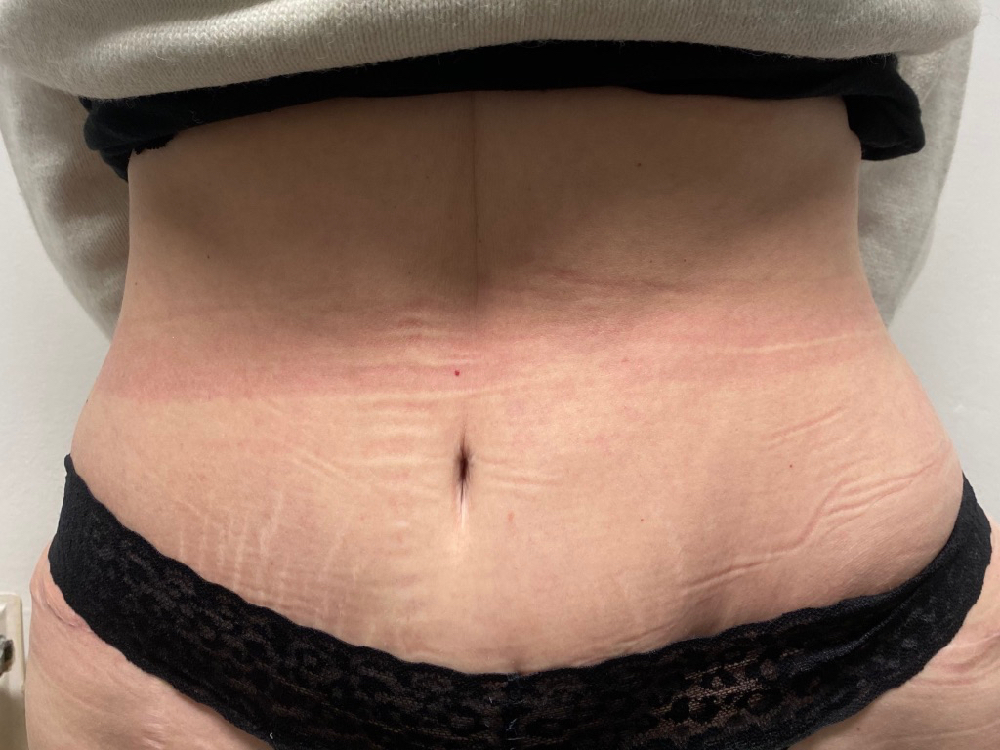 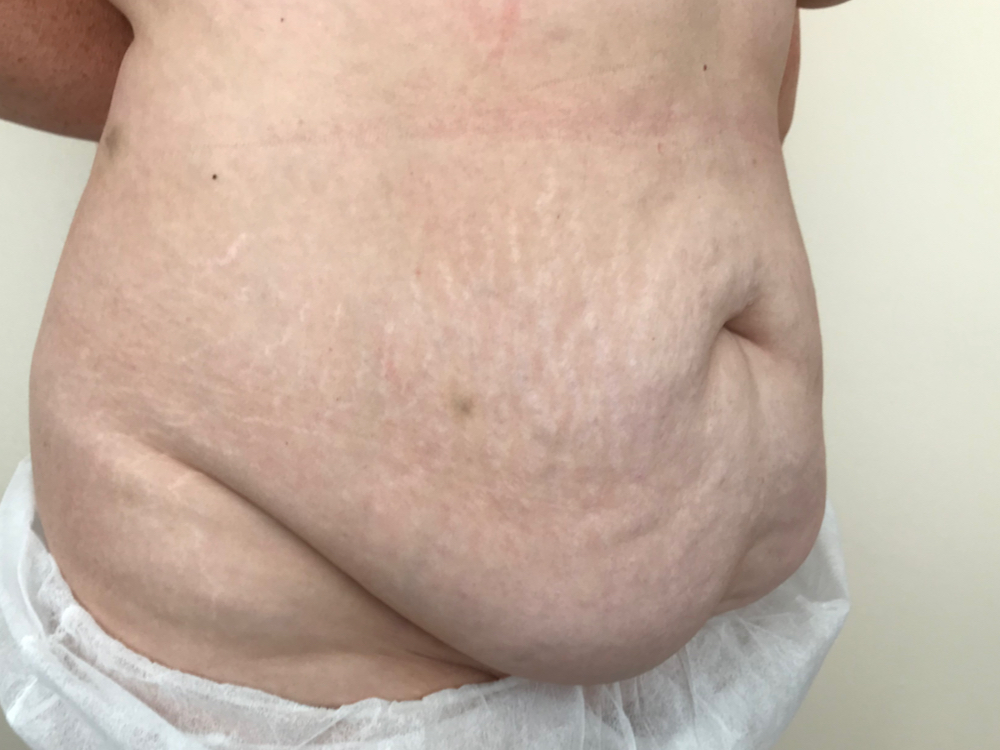 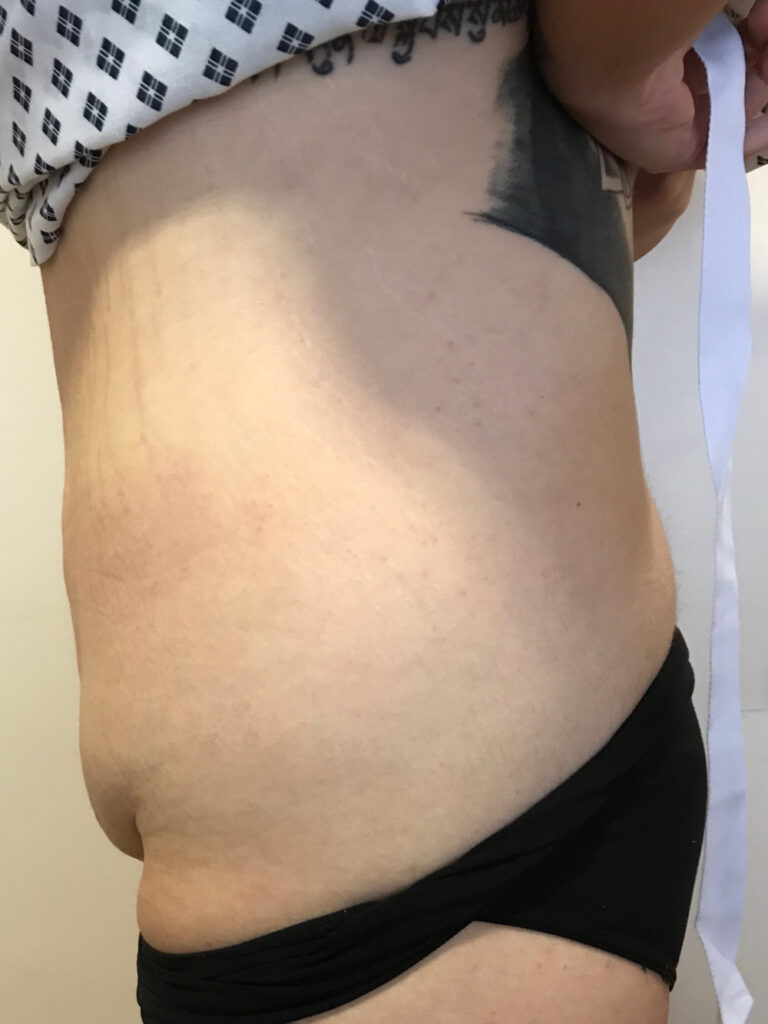 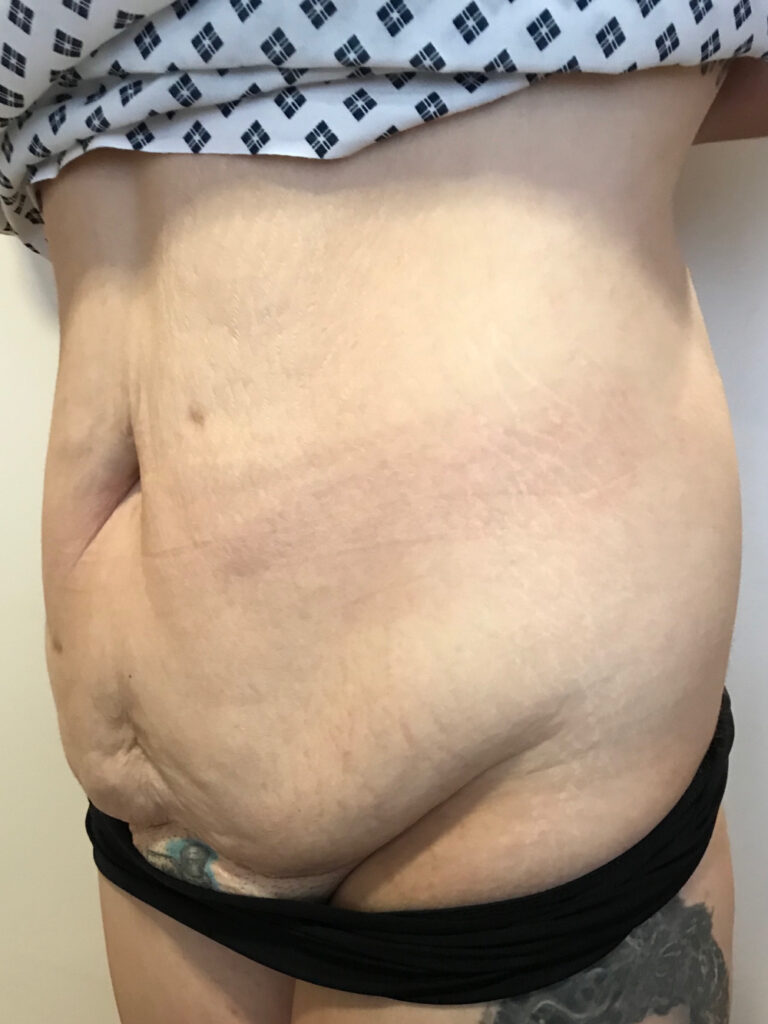 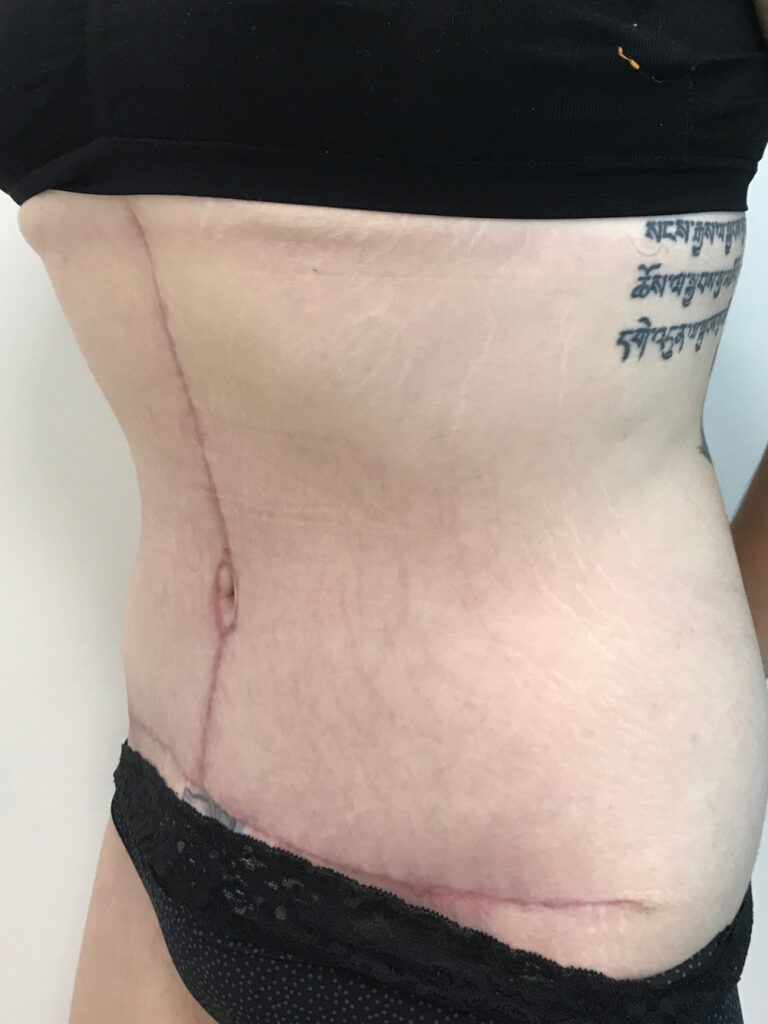 This procedure is performed under general anaesthetic or local anaesthetic and sedation. If done under local anaesthetic and sedation, you will be able to go home the same day. If done under a general anaesthetic, then you would normally need to stay in hospital for 1-2 days dependent on what is done. Following surgery, you will have dressings covering the wounds. You may have drains inserted following surgery and if so, these will be removed before you leave hospital. Initially the abdomen will feel tight and you may find it uncomfortable to completely straighten up but this will improve within the first few days as you recover.

Full recovery usually takes between 4-6 weeks. Return to work will be dependent on the nature of your occupation and return to exercise should be gradual. The scar quality from a tummy tuck is generally good but requires 6-12 months to completely mature. During this period of maturation, the scars can be red and raised. Occasionally, scars can become lumpy and stretched.

You will be seen a week after your surgery to check that all is healing well and again at 6 weeks and 6 months to ensure you are happy with the result.

Scarring : Scarring in a tummy tuck generally runs from hip to hip within the panty line. Scars can be red and raised initially but mature over a period of 6-12 months, eventually turning white and fading. Occasionally scars can remain lumpy or stretched

Asymmetry : There may be some asymmetry with occasional dog ears at the end of the scars. This can be revised under local anaesthetic if it is a problem although the majority settle with time

Bleeding / haematoma : Some patients may develop a haematoma or a bleed after transfer back to the ward. If this occurs, a return to theatre will be required to control the bleeding

Wound infection : During the healing process, wound problems such as infections may occur requiring antibiotics

Wound breakdown : Wound breakdowns are usually minor and can be managed simply with dressings. Larger wound breakdowns with skin loss are rare, but when they do occur, can be problematic and result in delayed healing and worse scarring. This usually occurs if too much tissue has been removed or when risk factors such as obesity, smoking and diabetes are present

Seroma : Occasionally, a fluid collection called a seroma can occur beneath the abdominal skin flap. These are usually self-limiting and can be treated by drawing it off with a needle

Numbness : Patients usually also have an area of altered sensation or numbness around the scar which is permanent

General complications : An abdominoplasty should be considered a major operation and so carry the risk of blood clots forming in the legs or lungs which are serious. Precautions such as blood thinning injections and compression stockings are used to reduce this risk.

Further information is available in this Abdominoplasty guide