Gynaecomastia is a condition whereby the breast and fatty tissue in a male breast enlarges. It can occur at any age however it most commonly occurs in teenage boys and older men. No specific cause is found in the vast majority of cases however gynaecomastia can be related to hormonal imbalances, certain medications, some illicit drugs and very occasionally more serious causes such as testicular cancer and liver problems.

The method of treating gynaecomastia depends on the composition of the breast and whether there is excess skin as well as breast tissue. Gynaecomastia can either consist of fatty tissue, breast tissue or both. If the gynaecomastia is mainly fatty in nature, then liposuction can be effective. This involves the use of a cannula or a hollow needle to suck out the fat from the breast. If the gynaecomastia mainly consists of breast tissue that feels like a disc below the nipple, then this is removed through a small cut on the nipple edge. If there is a large amount of breast tissue then the incision usually needs to be extended further around the nipple. In cases where there is also excess skin, this will need to be removed which will involve further scarring onto the chest wall. In mixed cases, a combination of techniques is used.

GET
YOUR
CHEST
BACK 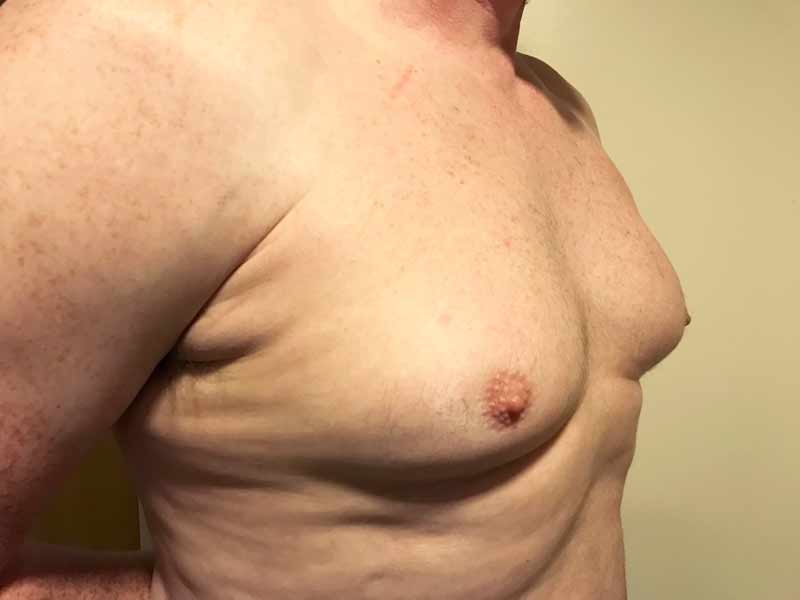 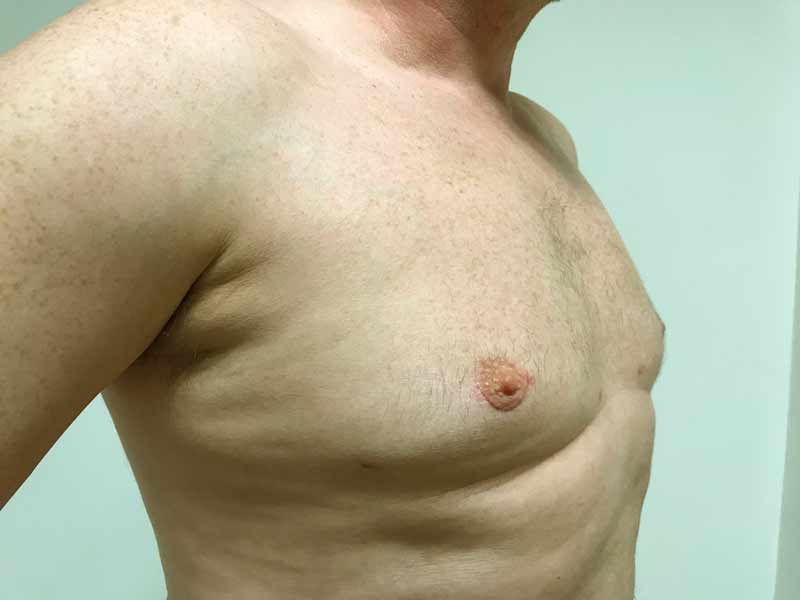 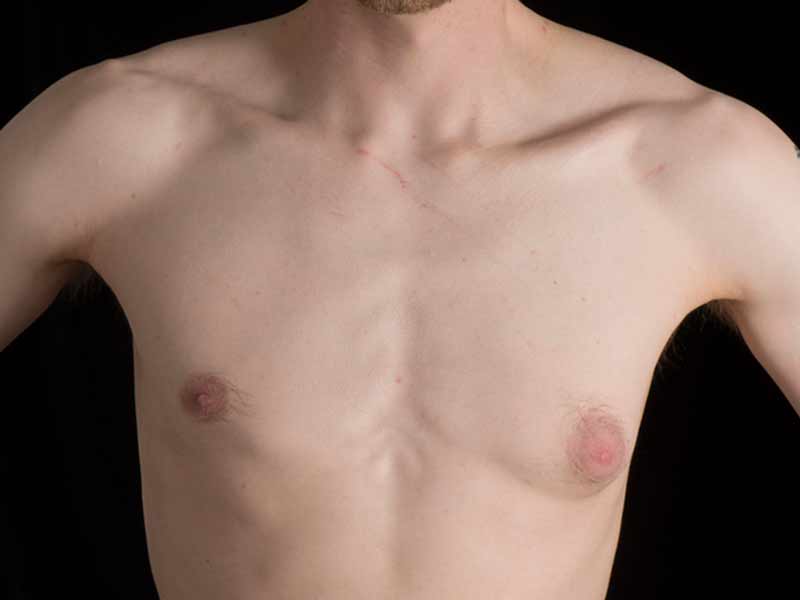 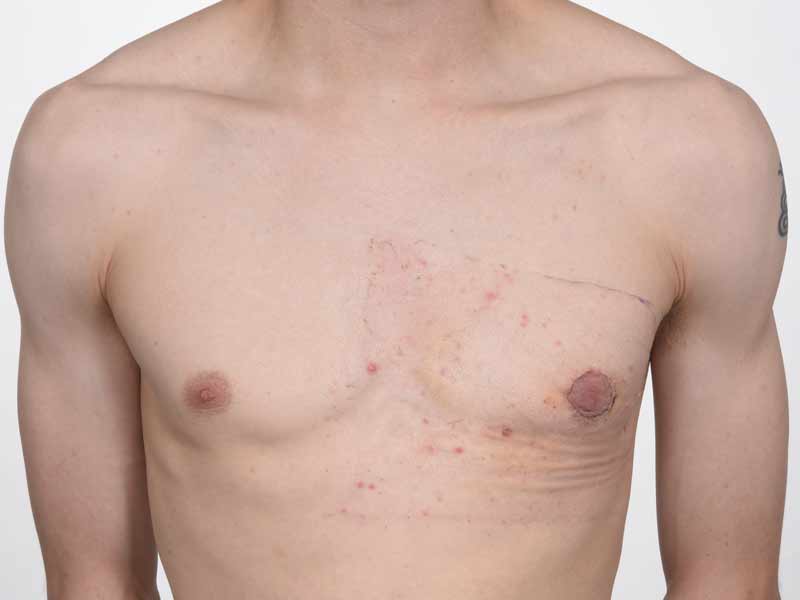 Gynaecomastia correction is performed under a general anaesthetic or local anaesthetic and sedation. The procedure usually takes 45 minutes-2.5 hours depending on the technique used and the size of the breasts. You will be admitted on the day of your surgery and you can usually go home the same day or at most stay in hospital for 1 night. There are several techniques of gynaecomastia correction so the final scar and outcome will depend on which technique is used. This will be discussed at your consultation. A drain is occasionally inserted to drain any excess blood or fluid that collects within the breast tissues and if used, is removed prior to discharge.

On the ward, you will have dressings and support tape to your chest. These must be kept on and dry for 3 days. After that, you will need to wear a supportive vest that is firm against the chest for 6 weeks. In the first week, you should take things easy and avoid too much physical activity.

Most patients recover fully after 2 weeks however strenuous exercise should be avoided for at least 6 weeks. It is usual to have some bruising and swelling from the wounds which settles over 3-4 weeks. The chest will be flat immediately after the surgery however you should expect this to continue improving over a period of 4-6 weeks with the final appearance being apparent at 6 months

Gynaecomastia is a routine operation with the vast majority of patients being happy with the result however as with any operation, you should be aware of the potential risks and complications

Scarring : The size, shape and location of the scar varies depending on the technique that is used. Scars around the nipple usually settle well and fade with time. If liposuction is employed, you will have small scars, usually 2 on each breast which again heal and hide very well. If the gynaecomastia is large and requires skin excision as well, then scarring is more extensive. All scars are usually red and raised initially but settle down to a flat white line over time. Occasionally, scars can remain lumpy and red

Bleeding : Although every effort is made to control bleeding within the breast tissues during the operation, blood can collect in the breast resulting in a haematoma/blood clot once you are back on the ward. This occurs in approximately 3% of patients. If this happens, you will need to return to theatre to have this evacuated

Wound breakdown : This is an uncommon complication and when it does happen, it usually settles well with dressings

Nipple loss : Nipple loss is very uncommon, occurring in less than 1% of patients. It occurs because the blood supply to the nipple is disrupted during the operation. If this happens, the nipple heals by itself over time and is replaced by scar tissue. The risk of this occurring is higher in smokers, obesity, old age, very large breasts, and in patients who are undergoing a second breast reduction.

Asymmetry : The majority of patients will achieve a good flat result, however there may be small differences between both sides in a small minority

General operation risks : Deep vein thrombosis and pulmonary embolism, the formation of clots in the legs or lungs are rare but can occur with any operation. These are potentially life threatening and so you will be given compression stockings to wear on your legs and blood thinning injections to reduce the risk of this