A breast uplift or a mastopexy is a surgical operation to lift and reshape the breast. It is most commonly requested by patients who have droopy breasts but are generally happy with their breast size. The droopiness of the breasts may have always been present or they may have become droopy following pregnancy or with increasing age. In cases where breast volume is also desired, a mastopexy can be combined with a breast augmentation to achieve the desired result.

PERK
UP
YOUR
APPEARANCE 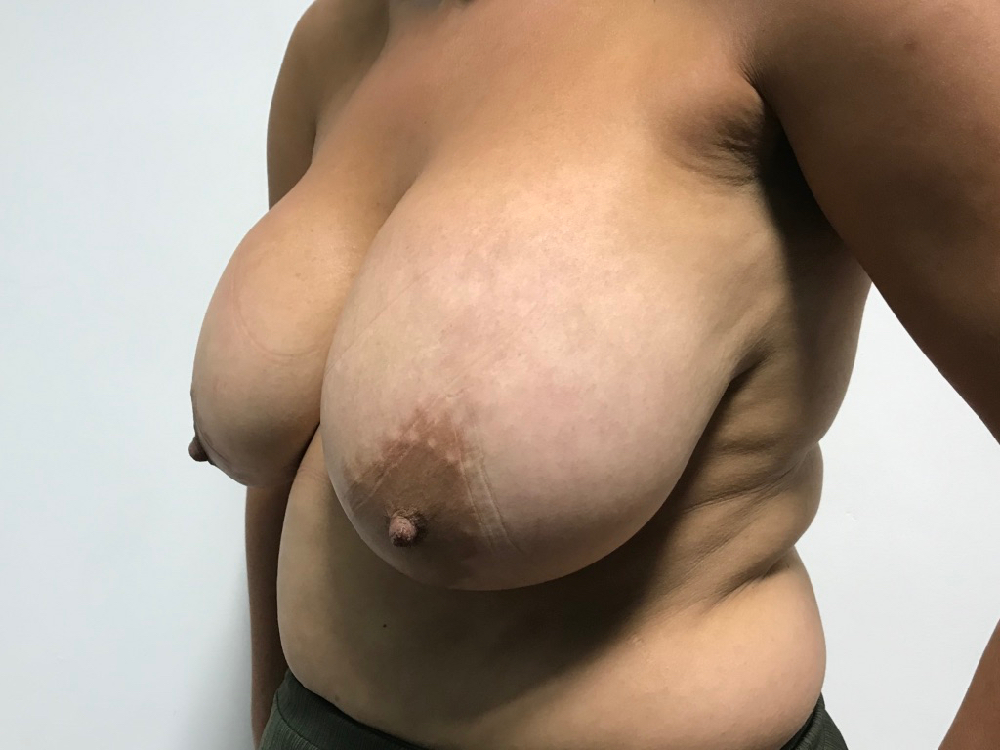 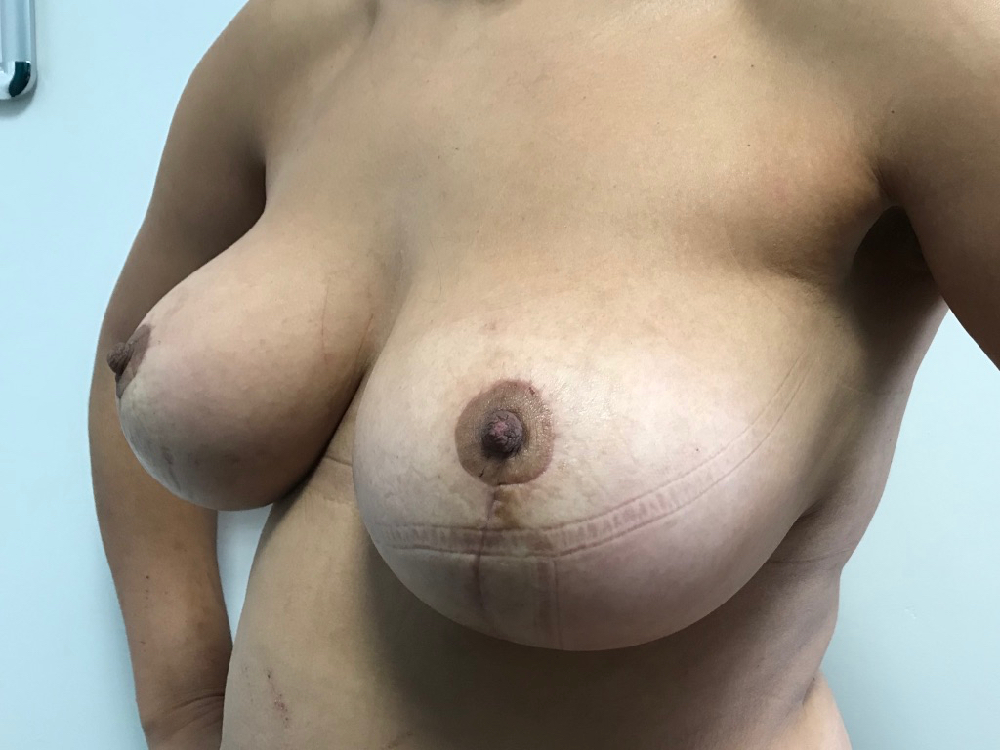 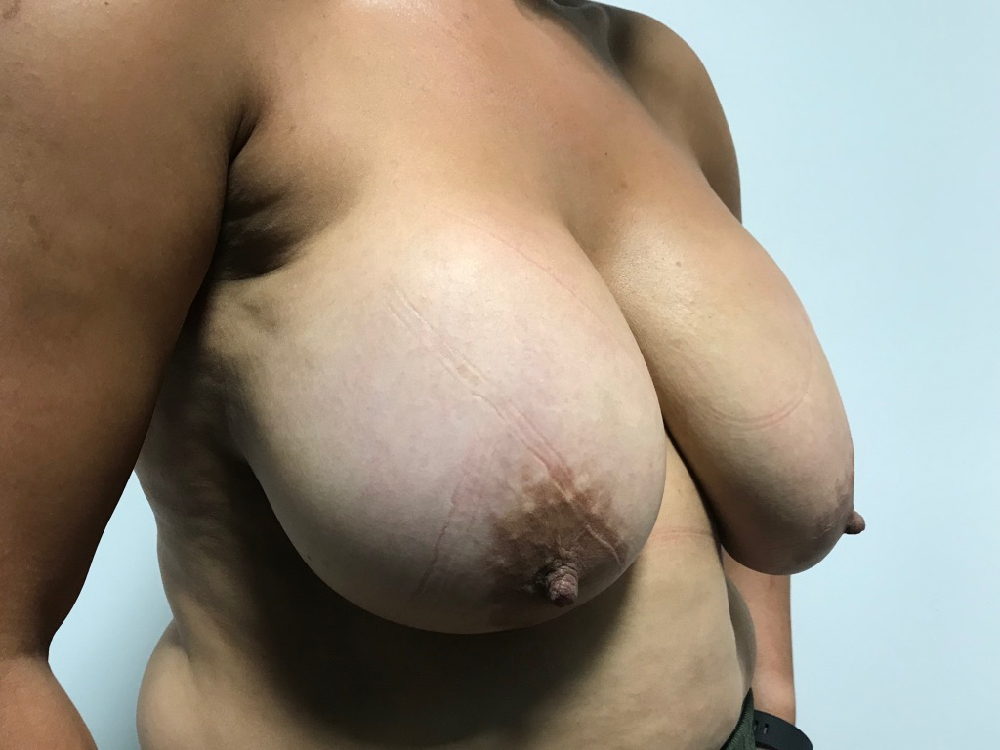 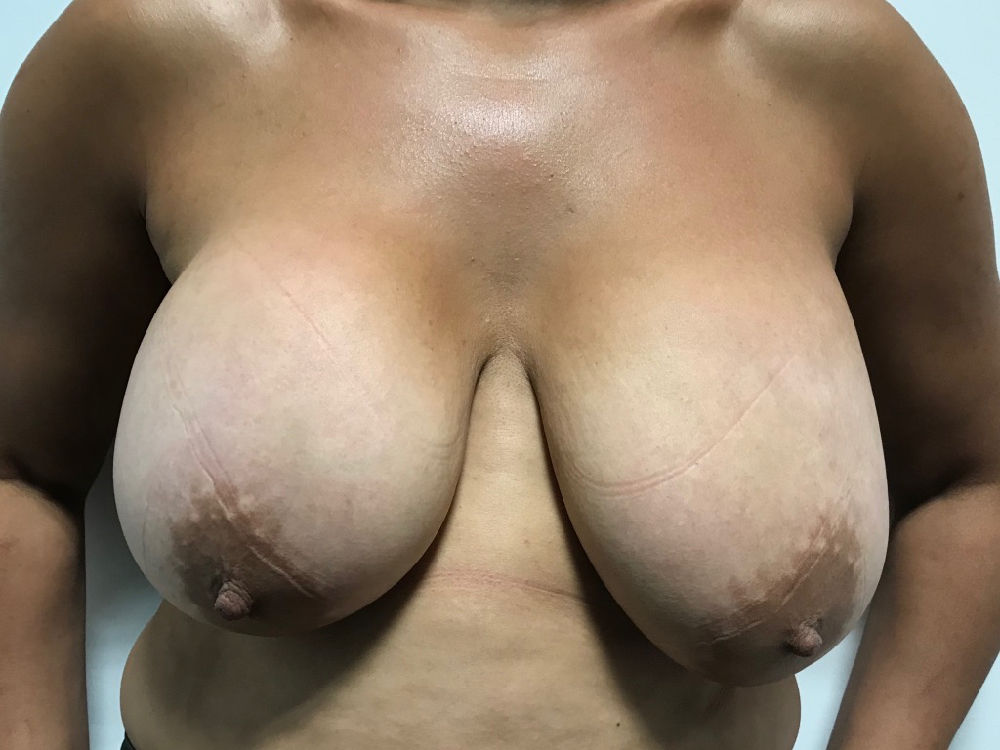 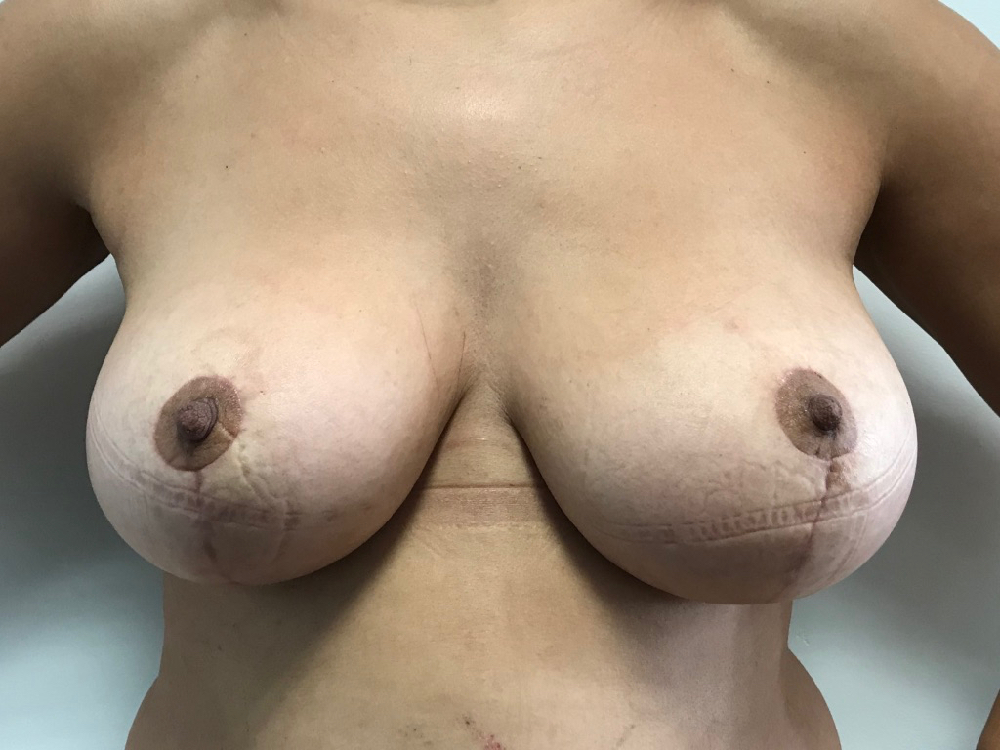 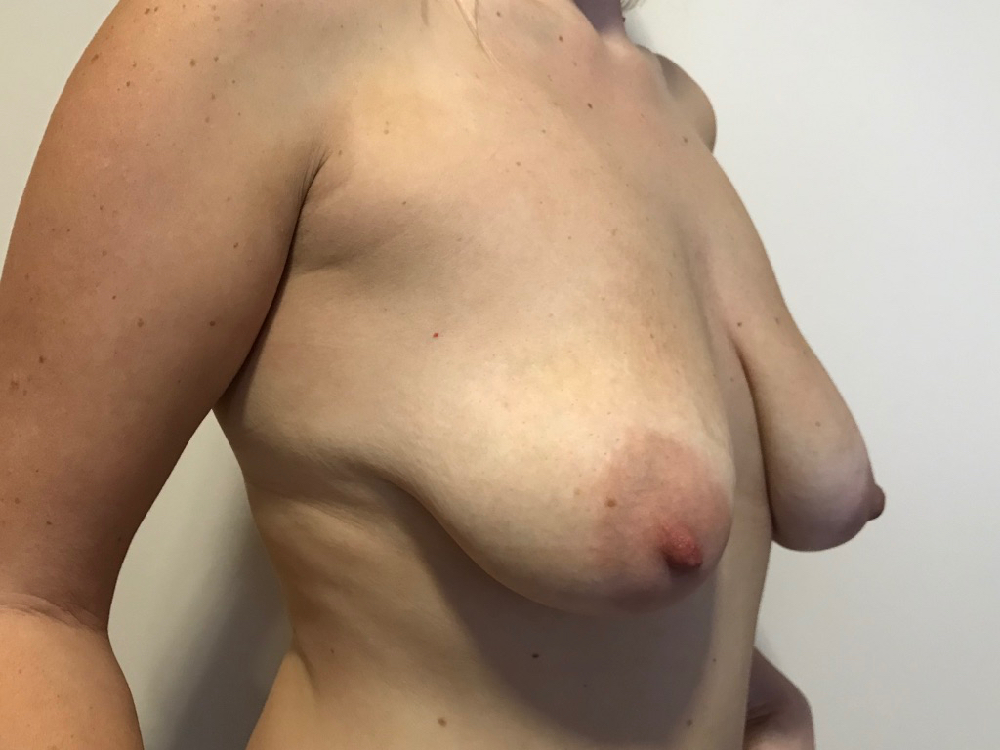 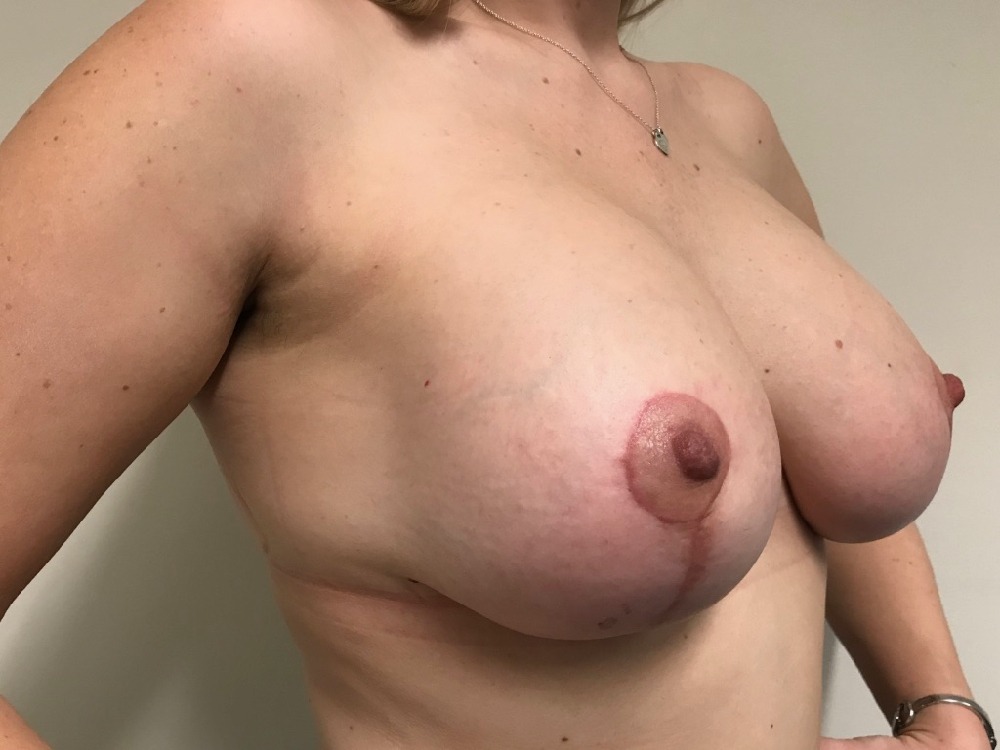 Breast lift surgery or mastopexy is performed under a general anaesthetic or local anaesthetic and sedation. It usually takes 1.5-3 hours depending on the technique used and the size of the breasts. If your surgery is performed under a local anaesthetic and sedation, you will be able to go home the same say. If it is done under a general anaesthetic you will usually need to stay in hospital for 1 night. There are several techniques of breast mastopexy and the final scar and outcome will depend on which technique is used. This will be discussed at your consultation. Essentially, all techniques rely on maintaining the blood supply of the nipple through its attachment to the native breast. The nipple is raised to its new higher position and the excess skin on the breast is removed. The remaining tissue is reshaped to achieve the final outcome.

A mastopexy can also be combined with a breast augmentation if more breast volume and fullness is desired. A drain is sometimes inserted to drain any excess blood or fluid that collects within the breast tissues and if used, is removed prior to discharge.

On the ward, you should wear a sports bra in your planned new cup size. This should be soft and supportive but not underwired. On discharge, you may shower as the dressings are shower resistant. In the first week, you should take things easy and avoid too much physical activity. Most patients recover fully after 2 weeks however strenuous exercise should be avoided for at least 6 weeks. It is usual to have some bruising and swelling which settles over 3-4 weeks. The breasts will be a little firm initially however this softens and becomes more natural over a period of 4-6 weeks with the final appearance being apparent at 6-12 months

Breast lift/mastopexy is a routine operation with the vast majority of patients being happy with the result however as with any operation, you should be aware of the potential risks and complications

Scarring : The shape of the scar varies depending on the technique that is used. There is usually a scar around the nipple which extends down the breast crease and along the crease itself giving an anchor shaped scar. Occasionally the scar along the crease can be omitted if the degree of breast uplift is not large but this will be discussed at your consultation. The scar is usually red and raised initially but settles down to a flat white line over time. Occasionally, scars can remain lumpy and red

Bleeding : Although every effort is made to control bleeding within the breast tissues during the operation, blood can collect in the breast resulting in a haematoma/blood clot once you are back on the ward. This occurs in approximately 1% of patients. If this happens, you will need to return to theatre to have this evacuated

Wound breakdown : Wounds can breakdown particularly in the breast crease but this is uncommon compared to a formal breast reduction. If breakdown does occur, they usually heal fine with the help of dressings however it may take a few weeks

Altered nipple sensation : The nipple can be either become more or less sensitive following the operation

Breast feeding : Breast feeding can be affected following breast reduction with approximately half of women losing the ability to breast feed

Nipple loss : Nipple loss is very uncommon, occurring in less than 1% of patients. It occurs because the blood supply to the nipple is disrupted during the operation. Nipple loss can either be partial or complete. Partial nipple loss is when only part of the nipple loses its blood supply and therefore the remaining nipple survives. Complete nipple loss is rare. When this happens, the nipple turns black and eventually is replaced with scar tissue. The risk of this occurring is higher in smokers, obesity, old age, very large breasts, and in patients who are undergoing a second breast reduction.

Asymmetry : Small degrees of breast asymmetry is a normal finding. When planning for your surgery, asymmetry will be taken into account and adjusted for, however some asymmetry may remain following your operation